WHY SUGAR IS SO ADDICTIVE? 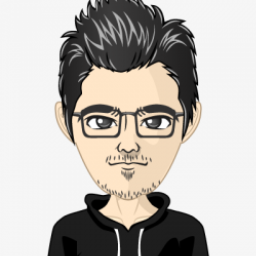 According to research in 2008 Sugar is considered 8 times more addictive than cocaine.

Sounds troubling for few as the word addiction is conceived very negatively these days. Even on a subconscious level we automatically relate it to drug addiction, nicotine addiction, alcoholism etc….

In order to decide we first need to know what actually an addiction is?

It is because sugar is a food, and not just a food the most fundamental and basic nutrient our body needs to survive, and we don’t want to imply that food, in general, is addictive. Even if it is, it is for good. No matter it’s 8 times or 16 times more addictive than cocaine.

What is an addiction?

According to the American Society of Addiction Medicine (ASAM), the definition of addiction is the following:

“Addiction is a primary, chronic disease of brain reward, motivation, memory and related circuitry. Dysfunction in these circuits leads to characteristic biological, psychological, social and spiritual manifestations. This is reflected in an individual pathologically pursuing reward and/or relief by substance use and other behaviors. Addiction is characterized by inability to consistently abstain, impairment in behavioral control, craving, diminished recognition of significant problems with one’s behaviors and interpersonal relationships, and a dysfunctional emotional response. Like other chronic diseases, addiction often involves cycles of relapse and remission. Without treatment or engagement in recovery activities, addiction is progressive and can result in disability or premature death”.

If we break it down into simpler terms, one thing is for sure that addiction is a disease. In which the person artificially stimulate their brain to experience certain feelings, like the feeling of joy, rewards, being relaxed, being calm and satisfied.

But we all do get involved in such activities time to time we all love them like having few drinks, sex, shopping, pot etc,

Should we avoid them?

Or how come most of us are not addictive to them?

Well, this is where the second part of definition comes in, that such behaviors become addictive when they become compulsive, disruptive for the person themselves or for the people around them. Moreover when such behavior or actions become hard to control and quit and lead to craving and withdrawal symptoms as they create cycles.

And this is where it makes all the difference.

So the addiction of any kind can be summarized in the following points.

Why is sugar addictive?

As per some studies mentioned above sugar addiction (not all foods) is the 8 times stronger than cocaine because it doesn’t only create a strong urge psychologically but also physiologically as well.

Physiologically an intake of sugar gives a burst of energy to the body and mostly in abundance.

Which leads us to high mood also know as a sugar high. (But that high mood is different from normal happy or a pleasant mood).

Which is soon followed by a crash,

Because in order to manage this high quantity of sugar in our body, the liver starts producing insulin in high quantity, which helps cells to store sugar as fuel and fat.

This crash leads to a low mood as blood sugar level drops down too quickly.

Due to this low mood brain release stress hormones like adrenaline.  Which give signals to the brain to eat something sugary again.

Why quickly? Because sugar molecules are quite simple and break down very easily.

The problem with such fluctuations is that frequent high sugar leads to insulin resistance and diabetes. On another hand, the frequent low mood may cause anxiety and panic attacks.

And this; CUE (low mood, low energy), ACTION (eat something sugary), REWARD (high mood, high energy) is the most powerful pattern to form the greatest addictions in the world.

Psychologically whenever the person sees anything sweet the brain releases the chemical name dopamine it’s an evolutionary urge for the human body for sugar when it was not in abundance.

So due to that urge brain says ‘go get that, you need it for quick energy’.

Next, when a person put something sweet in the mouth it activates sweet taste receptors on the tongue as soon as these receptors give signals to brain and brain activates reward system.

This reward system is a series of electrical and chemical pathways all over the brain. And when all of them got hit we feel delighted.

Ever wonder why SWEETS are synonym with TREATS

But the feeling doesn’t last long and create a temptation to do it again.

However, the repeated behavior over reacts the reward system leads to lack of control, craving and increased tolerance for sugar. Which not only makes eating sugar addictive but also progressive (both in terms of quantity and in frequency). This is because large frequent quantities mellow down the delighted feeling of the brain with every sugar encounter.

So how to avoid sugar addiction.

As said earlier sugar is not bad however the abundance of sugar is bad. Unfortunately, no one gets bored of it.

So the only practice one can follow is to eat it occasionally resist it frequently.

thanks for staying till here.

and for  5 homemade sauces to cut down your sugar.

Take good care of yourself and,

Hey there, my name is Ned and I am on a mission to provide you health and fitness advice that are rational (i.e. back by scientific evidence) and sustainable ( means practical enough to be incorporated in normal people's routines with busy lives).

Yoga For Baseball: 7 Helpful Poses To Ace This Season